The current limit is to limit the number of concurrent and requested when accessing scarce resources, such as spikes and snapped goods, so as to effectively cut the peak and smooth the flow curve. The purpose of current limiting is to limit the rate of concurrent access and concurrent requests, or to request a speed limit within a time window to protect the system. Once the rate limit is reached or exceeded, the service can be denied, or queued.

Using a counter to achieve current limit is a bit simple and rude. Generally, we limit the number of requests that can pass in one second. For example, the current limit qps is 100. The implementation idea of the algorithm is to start timing from the first request, within the next 1 second. Each time a request is made, the count is incremented by 1. If the accumulated number reaches 100, then subsequent requests are rejected. Wait until the end of 1s, return the count to 0, and start counting again.

This kind of implementation, I believe everyone knows that there is a drawback: If I have passed 100 requests within the first 10ms of the unit time within 1s, then the next 990ms can only be rejected by the request, we call this phenomenon For "spurs"

In order to eliminate the "spurt phenomenon", the leaky bucket algorithm can be used to achieve the current limit. The name of the leaky bucket algorithm is very vivid. There is a container inside the algorithm, which is similar to the funnel used in life. When the request comes in, it is equivalent to pouring water into the funnel. Then slowly flow out from the lower end of the mouth. Regardless of the volume above, the speed of the outflow will remain the same.

Regardless of how unstable the service caller is, the flow is limited by the leaky bucket algorithm and the request is processed every 10 milliseconds. Because the processing speed is fixed, the speed of the incoming request is unknown, and many requests may come in suddenly. The request that has not been processed is first placed in the bucket. Since it is a bucket, there is definitely a capacity limit. If the bucket is full, then New incoming requests are discarded. 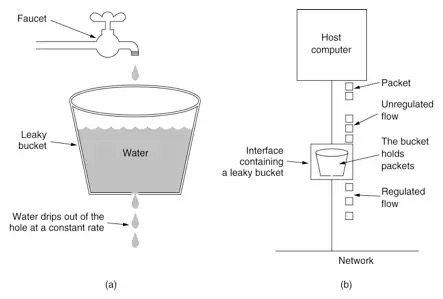 This kind of algorithm has its drawbacks after use: it can't cope with short-term burst traffic.

In the token bucket algorithm, there is a bucket for storing a fixed number of tokens. There is a mechanism in the algorithm to put tokens into the bucket at a certain rate. Each time a request is invoked, the token needs to be obtained first. Only when the token is obtained, has the opportunity to continue execution. Otherwise, it chooses to wait for the available token or directly reject it.

The action of putting the token is continuous. If the number of tokens in the bucket reaches the upper limit, the token is discarded. Therefore, there is a case where there are a large number of available tokens in the bucket, and the incoming request can be directly Get the token execution, for example, set the qps to 100, then after the limiter is initialized for one second, there are already 100 tokens in the bucket. At this time, the service has not been fully started, and when the startup is completed, the service is provided. The current limiter can withstand up to 100 requests instantaneously. Therefore, only if there is no token in the bucket, the request will wait, and finally it is equivalent to execute at a certain rate. 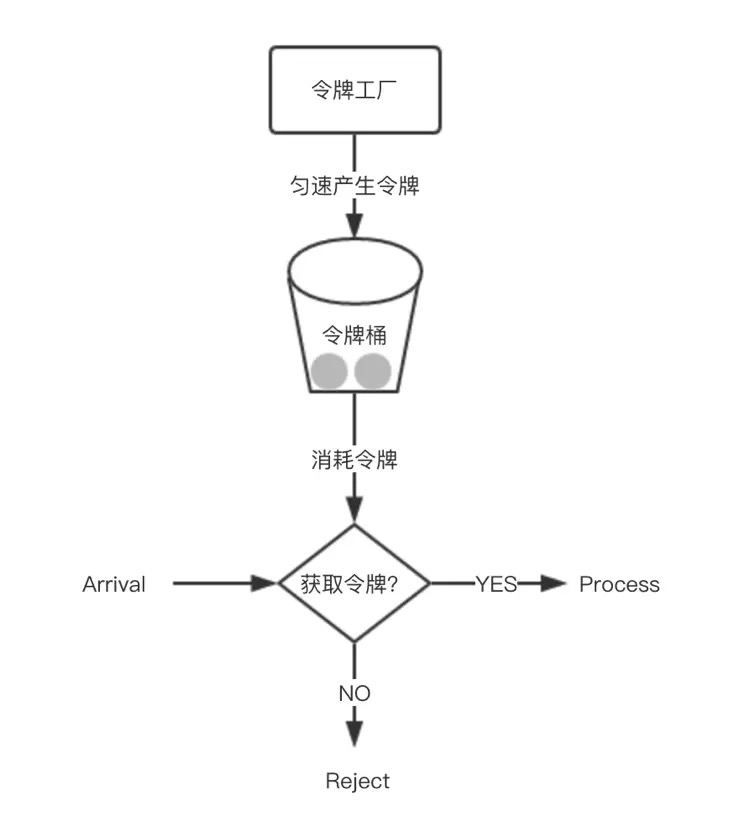 The Swoft current limiter uses the token bucket algorithm at the bottom, and the underlying layer relies on Redis to implement distributed current limiting.

There are two general approaches to the generation of tokens in a token bucket:

Swoft adopts the second type. Whenever a token is obtained, resync is executed to update the number of tokens in the token bucket, thereby achieving the purpose of asynchronously generating the token. Let's start with a detailed explanation of how to use the swoft-limiter component for development.

The cache rate limit information is also configurable. The configuration is as follows:

This section takes a common speed limit scenario as an example:

Key This supports symfony/expression-language expressions, which can implement many complicated functions. Detailed documentation will throw a Swoft\Limiter\Exception\RateLImiterException if it is limited. The key expression has two variables, CLASS (class name) and METHOD (method name), which are convenient for developers to use.

The Swoft speed limiter not only limits the flow controller, but also limits the methods in any bean to control the access rate of the method. Here is a detailed explanation of the following examples.

The function specified by fallback must be the same as the limiter, including the name and parameters, the return value, and must be in the same class. If the speed limit is thrown, a `Swoft\Limiter\Exception\RateLImiterException` exception will be thrown. The key expression has two variables, `CLASS` (class name) and `METHOD` (method name), which are convenient for developers to use.